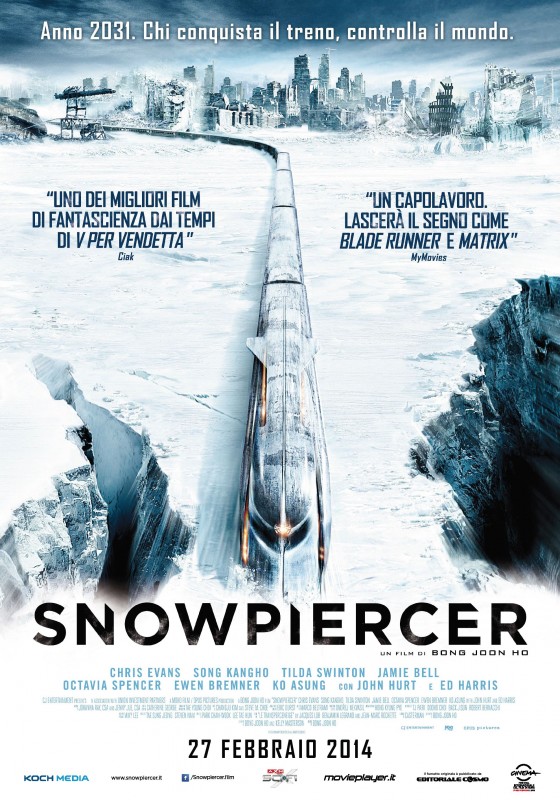 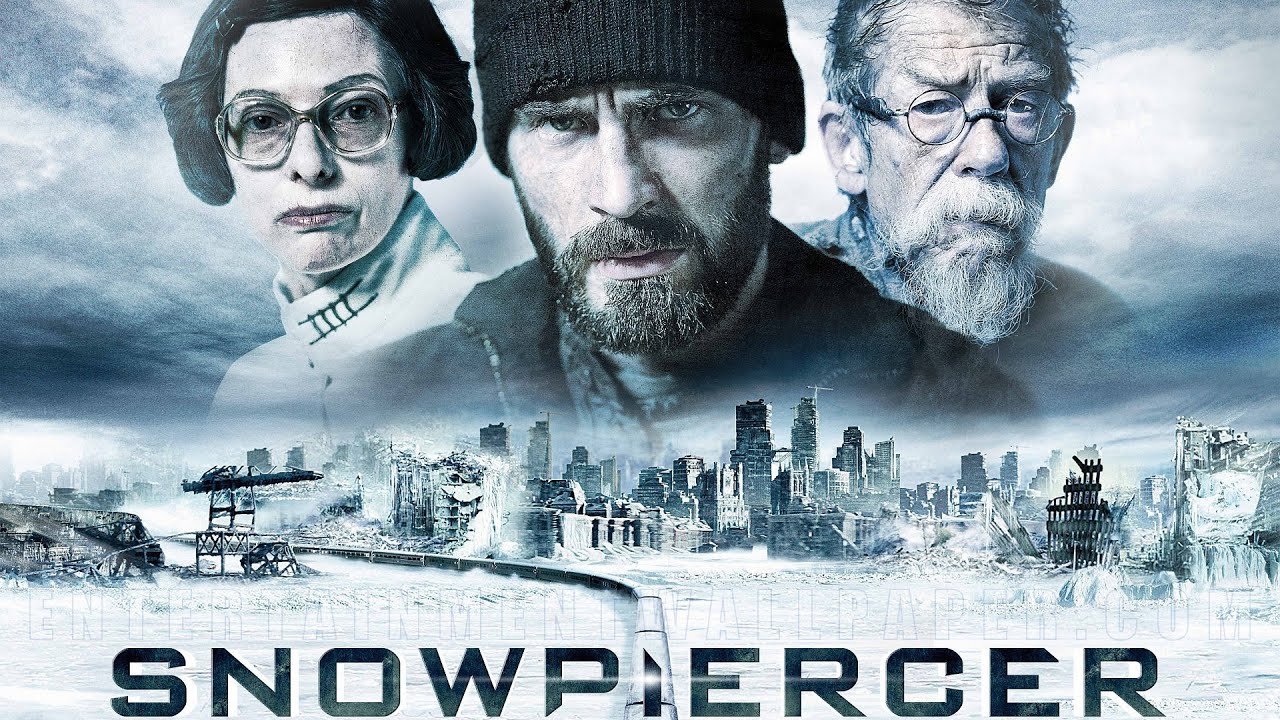 This article is about the film. For the graphic novels, see Le Transperceneige. For the TV series, see Snowpiercer (TV series).Snowpiercer (Korean: 설국열차; Hanja: 雪國列車; RR: Seolgungnyeolcha) is a 2013 science fiction action film based on the French graphic novel Le Transperceneige by Jacques Lob, Benjamin Legrand and Jean-Marc Rochette.[5] The film was directed by Bong Joon-ho[6][7] and written by Bong and Kelly Masterson. A South Korean-Czech co-production, the film marks Bong’s English-language debut; almost 85% of the film’s dialogue is in English.[8][9]

The film stars Chris Evans, Song Kang-ho, Tilda Swinton, Jamie Bell, Octavia Spencer, Go Ah-sung, John Hurt, and Ed Harris. It takes place aboard the Snowpiercer train as it travels a globe-spanning track, carrying the last remnants of humanity after a failed attempt at climate engineering to stop global warming has created a new Snowball Earth. Evans stars as Curtis Everett, one of the lower-class tail-section passengers, as they rebel against the elite of the front of the train. Filming took place at Barrandov Studios in Prague, using train car sets mounted on gimbals to simulate the train’s motion.

Snowpiercer received critical acclaim, and appeared on many film critics’ top ten lists of 2014 after its international release. Praise was primarily directed towards its vision, direction, and performances, particularly Evans’s and Swinton’s. Initially planned for a limited-screen showing in the United States, the critical response prompted The Weinstein Company to expand the showing to more theaters and to digital streaming services. With a budget of $40 million, it remains one of the most expensive Korean productions ever.

In a future where a failed climate-change experiment has killed all life except for the lucky few who boarded the Snowpiercer, a train that travels around the globe, a new class system emerges.